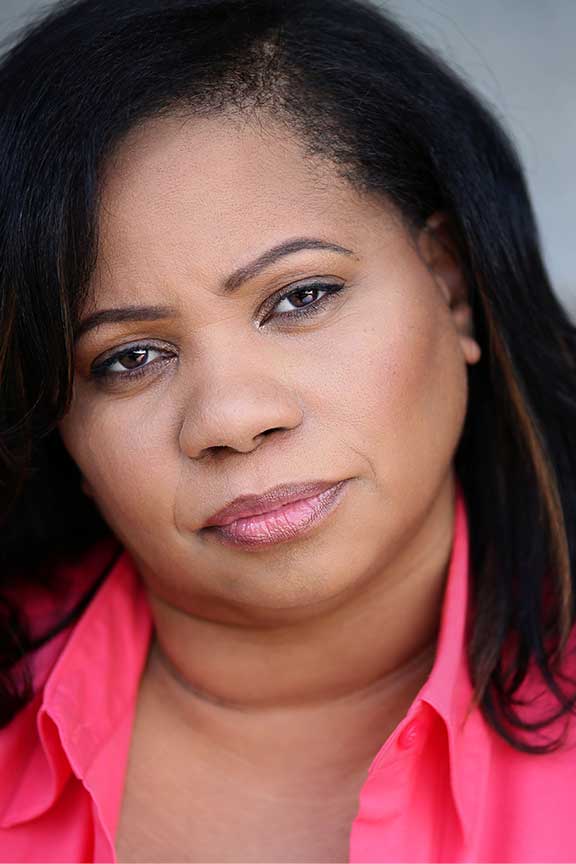 <b>Shontelle Thrash </b>is the Director of Theatre and Professor of Theatre and Communication at Clayton State University. She has performed nationally and internationally. From Shanghai, China to New York, her body of work spans over 25 years. She has directed plays and other works across the US as well as here in Atlanta; and often combines theatre with film. Most recently, she directed a short on Narcissistic Personality Disorder. Shontelle is also an accomplished film, television, voiceover and commercial artist. She is the producer/creator of the Artists Showcase of Atlanta where she enhances the development of artists creatively and professionally. Some film/television credits include: <i>Satisfaction, Complications, Death Sentence, One Tree Hill</i>, and Robert Townsend's Playhouse 22 for which she served as actor, director and producer. Some voiceover credits include: Coca-Cola, American Cancer Society, Publix, King and King Attorneys, among many others. Some of her favorite theatre productions include: <i>Gees Bend</i>, <i>The Chairs, Hush (Composing Blind Tom Wiggins)</i>, <i>A Raisin in the Sun</i>, <i>The Laramie Project</i> among others.