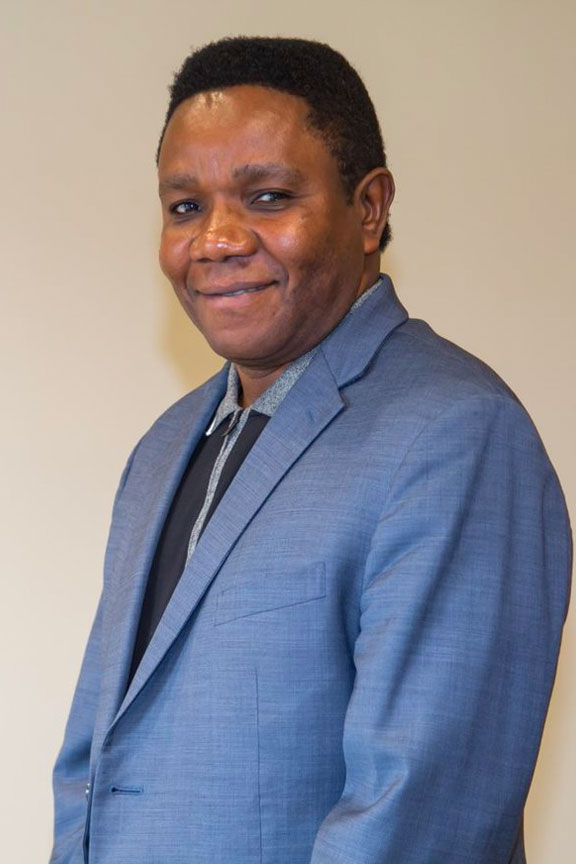 Dr. Eugene Ngezem was born in Cameroon, Africa, to a royal family, and has studied in Cameroon and in the U.S. He has been an American citizen since 2007 Academically speaking, Dr. Ngezem wanted to be a college professor right from junior high. As a teenager, he was nicknamed “professor Ngezem” because he wrote “professor Ngezem” on the cover of all his notebooks. This dream led him to obtaining a B.A. in English, an M. A. in English Literature, and Ph.D. in English Literature, with distinction. At the professional level, he has more than fifteen years of university teaching experience in the U.S., India and in Cameroon, Africa. He joined Clayton State as an undergraduate and a full-status graduate faculty in 2008. His scholarship and teaching focus are on modern and contemporary English Literature, 19th-century British Literature, world literature, and postcolonial literature. Dr. Ngezem has published more than two dozens juried, peer-reviewed articles in the U.S., Europe, Asia, and Africa on poetry, drama, and prose. Since his arrival at CSU, he has published several peer-reviewed articles. Dr. Ngezem has also presented several juried papers at international and national conferences in the U.S. and beyond. In terms of service, Dr. Ngezem serves in several committees in his department, college and the university. In addition, he is the founder of and advisor to Clayton State African Students Association (CSASA), and founder the English department newsletter, The Vibrant Voice. At the community level, he has rendered several services, including coaching soccer, making presentations, and leading non-governmental organizations.